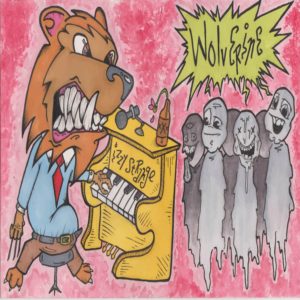 On January 9th, the good people over at ITSBIZKIT premiered “Wolverine”, the lead off single from Izzy’s upcoming “Strange Crow” EP. Check out what they had to say:

When asked about the tune, Izzy stated – “the single sheds light on the duality of being a reclusive person. A person can learn to find themselves and focus on their goals while staying to themselves, but without human contact, you can be led down a dark and depressive path”.

Strange Crow is a four track EP comprised of songs that were all produced by Eligh, who also steps to the mic on two of the tracks. Each song is an island of it’s own, as none of them follow a similar style. Expect one more single to release for “Holding Onto Pain” to premiere in February as well. In the meantime, catch the vibe of “Wolverine” on Soundcloud.”