Live on The Discovery Stage for AC3 2018, Izzy Strange 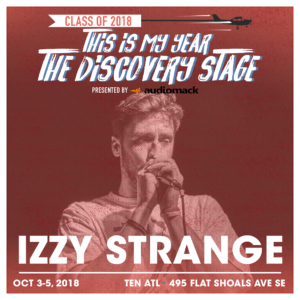 In early May, Izzy Strange was named one of two winners in AC3’s “This Is My Year” competition. He’s now set to perform on “The Discovery Stage” Friday, October 5th at TEN ATL (495 Flat Shoals Ave SE)

I was contacted by A3C back in May saying I was selected to compete in the This Is My Year contest. I needed to get my fans to vote me in for a chance to perform at the A3C festival. I won my bracket and was selected to perform on Oct.5th at the venue, TEN ATL.

As October 5th approaches, Izzy is poised to debut the Mick Jenkins featured “Halfway Crooks” this Friday, September 28th. Along with it’s release, Strange also publicly announced an unexpected mixtape effort, “Izzy Duz It”.  The new single will be featured on the project along with the late July release of “Just Me” with Sara Fox and Blu.

If you’re out and about this year for AC3, make sure to make your way to TEN ATL at 495 FLat Shoals Ave SE on Friday, October 5th and tell them Izzy sent you! 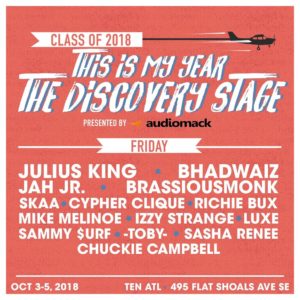 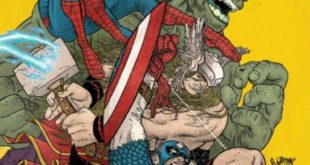 One of Izzy Strange’s strong suits in music is his knack for perfectionism. Beyond just …