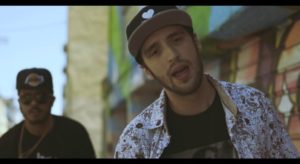 Pennsylvania and California collide as Izzy Strange and Blu team together in Venice Beach for their collab effort, “At Home” –

For two skilled wordsmiths, rocking a microphone is child’s play. More so, the recording booth feels as though you’re right “At Home”. That’s the forte for Izzy Strange‘s latest release, crafted by Grammy Award winning producer, Nate Fox. Featured on Strange’s “A Good Day 2 B The Bad Guy” album, the track features verbiage from seasoned Los Angeles emcee, Blu. Together as one, they split verses between each other in true Hip Hop fashion. Prior to the video launch, Izzy pieced together a teaser clip that offered insight into the track and video.

To make such a video possible, Izzy and videographer Joshua Thomas made the coast to coast trek via airplane. After landing in California and linking with Blu, they set their sites on the famed Venice Beach Boardwalk to kick things off. To further amplify the high energy of the song, Thomas implements colorful image editing and subtle animations throughout the presentation. These techniques add in an extra amount of flare and pizzazz. Then, with Cokes in hand and smiles, the fellas head to the the Pacific Ocean coastline to bring things to a close. 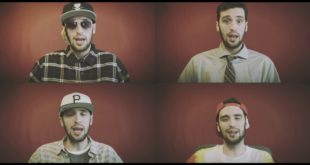 Izzy Strange and his alter egos collide in the “Full House” fueled, “No Commercials”, featuring …